This is another winner from Eating Well, perfect for a weeknight meal. 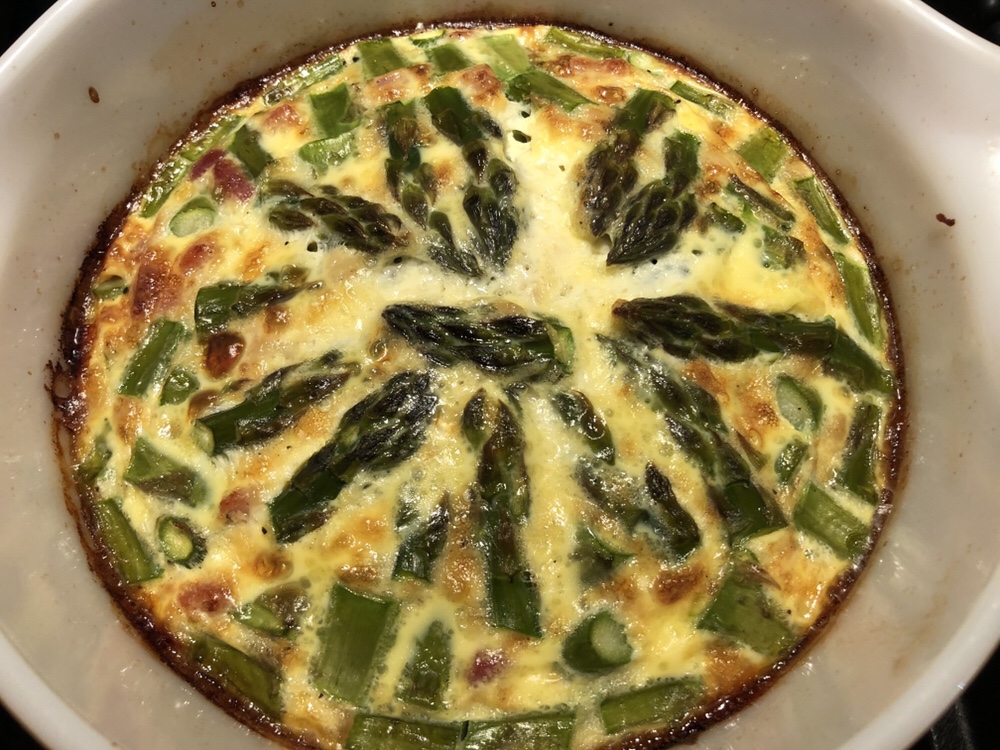 This is from Patricia Wells The Provence Cookbook – it’s perfect for lunch or a light dinner.

Butter the inside of a 10 inch round dish.

Whisk eggs and milk, season with salt and pepper, add asparagus and pour 1/2 in the round dish. Sprinkle Pancetta over eggs, pour remaining egg mixture.

Cut into wedges and serve.

This boozy dessert is from F&W. It is delicious, but was a little strong for a few folks. Also, I would bake in a 8 inch springform pan next time.

For the crust
Preheat the oven to 375 degrees F.
In a medium bowl, mix together the cookie crumbs, butter, and sugar until evenly combined. Press this mixture into a 8-in. springform pan, with foil wrapped around the outside. Bake for 15 minutes. Remove from oven, and let it cool on a wire rack while you prepare the filling.

For the filling
Reduce the oven temperature to 350 degrees F.

In a medium bowl, whisk together the dark brown sugar, salt, ginger, cinnamon, allspice, and nutmeg. Add in the pumpkin and whisk until combined. Stir in the heavy cream and bourbon. Then whisk in the eggs until combined.

Pour the filling into the tart shell, and bake for 35 minutes, until set (a toothpick inserted should come out clean).

Cool on a wire rack. 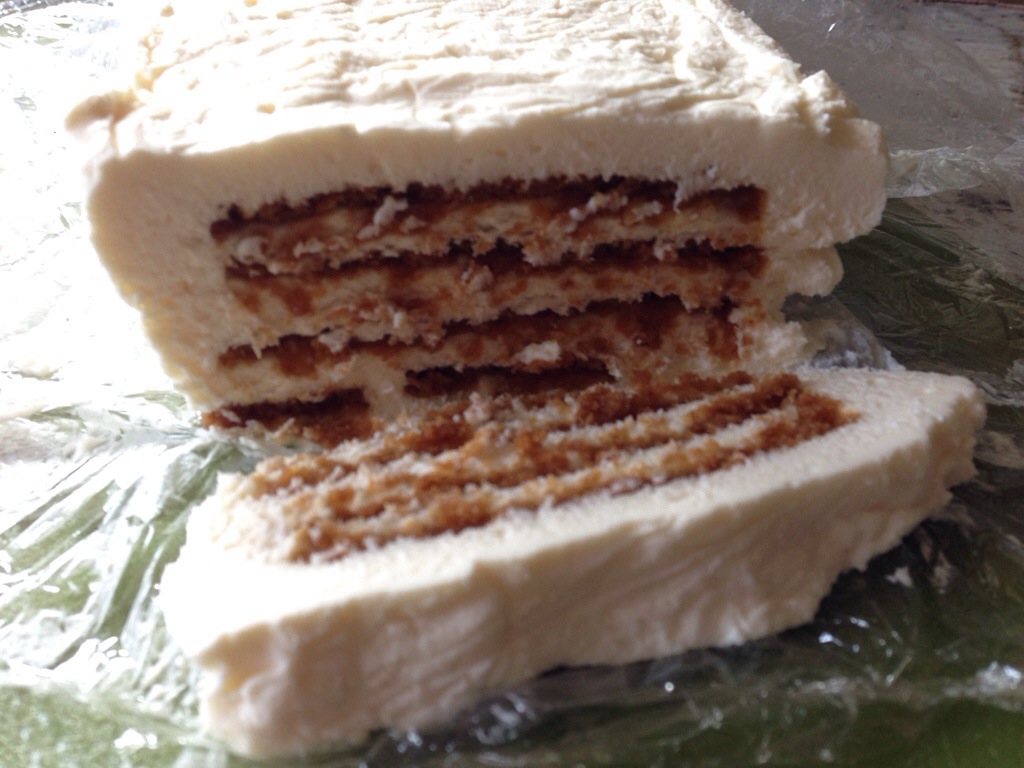 This is from the July 2014 issue of Food and Wine and it is amazing!! I used Trader Joe’s cinnamon graham crackers.

Line a 9×5 loaf pan with plastic wrap with 4 inches overhang.

In a stand mixer combine mascarpone and heavy cream on low speed until combined, them raise to medium until smooth and firm, about 3 minutes. Fold in lemon curd and a pinch of salt.

Cover cake with plastic wrap and place in the fridge for 8 hours or overnight.

Uncover and invert onto a platter.

This may be the easiest creme brûlée recipe ever!

Preheat oven to 300 degrees. In a medium sauce pan, heat the cream and vanilla to a simmer. Remove pan from heat and let sit for 10 minutes. In a bowl whisk together the sugar and yolks until they are a pale yellow. Whisk cream into the egg mixture and pour into 6 custard dishes.

Place dishes in a large baking dish. Pour boiling water into baking dish so that it comes to half way up the custard dishes. Bake for 30 minutes or until custard is firm but still wiggles.

Chill for at least one hour. Top with sugar in an even layer and place under broiler until sugar melts and bubbles. Serve.

This dish made my husband love Swiss chard. It’s great for a weeknight.

My step-mom made a tres leches cake that was amazing! This my lower fat lower calorie version which I think is just as tasty and a little less sweet.

For the cake:
Preheat the oven to 350 degrees F. Lightly oil and flour a 13 by 9-inch metal pan and set aside.

Whisk together the cake flour, baking powder and salt in a medium mixing bowl and set aside.

Place the egg yolks in the bowl of a stand mixer. Using the paddle attachment, beat on medium speed
, approximately 1 minute. Decrease the speed to low and with the mixer still running, gradually add the remaining sugar over 1 minute. Stop to scrape down the sides of the bowl, if necessary. Add the vanilla extract and milk and mix to combine. Add the flour mixture to the batter in 3 batches and mix just until combined. fold in the egg whites until combined.

Transfer the batter to the prepared pan and spread evenly. This will appear to be a very small amount of batter. Bake on the middle rack of the oven for 20 to 25 minutes or until the cake is lightly golden and reaches an internal temperature of 200 degrees F.

Remove the cake pan to a cooling rack and allow to cool for 30 minutes. Poke the top of the cake all over with a skewer or fork. Allow the cake to cool completely and then prepare the glaze.

For the glaze:
Whisk together the evaporated milk, sweetened condensed milk and the half-and-half in a 1-quart measuring cup. Once combined, pour the glaze over the cake. Refrigerate the cake overnight.

Topping:
Place the heavy cream and vanilla into the bowl of a stand mixer. Using the whisk attachment, whisk together on low until stiff peaks are formed. Change to medium speed and whisk until thick. Spread the topping over the cake and allow to chill in the refrigerator until ready to serve.